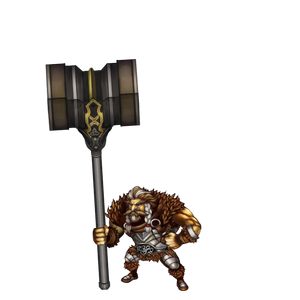 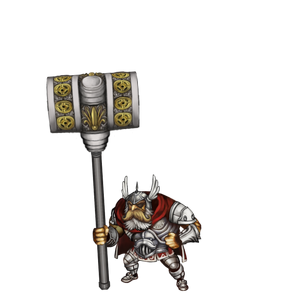 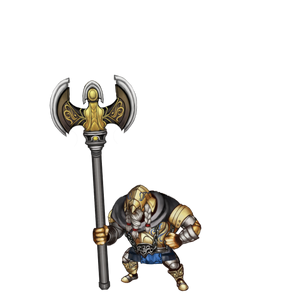 Whirlwind - Link attack pushes a foe back with a powerful 3-hit combo.

Mjolnir throws his hammer and knocks the foremost enemy to the rear.

Unleashes a fierce roar that damages all enemies standing nearby Mjolnir, grants cleave to all melee allies for 10 seconds. [6-hit]


Fallen Legion: Sins of an Empire - Unlocked during "Honor Among Thieves" in Dunswitch, City Center

Fallen Legion: Flames of Rebellion - Unlocked during "The Beast Within" in Vandee, City Center

Smashes the foremost enemy and has a chance to inflict paralysis. [7-hit]

Tenderizer - Attacks reduces a foe's defense by 5%. This bonus stacks up to 3 times.
Enrage - Next attack does 200% damage after a perfect block.
Intimidate - All allies are focused after Mjolnir kills an enemy.

Bloodedge - Deal 150% damage, but 10% of each strike damages Mjolnir.
Alert - All AP restored after a perfect block.
Juggernaut - Deal 300% damage and gain haste when Mjolnir has less than 40% HP.