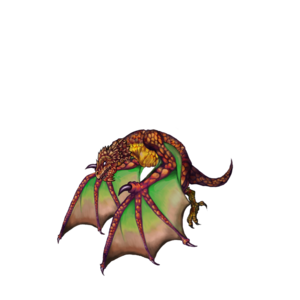 Osmund is Princess Cecille's grandfather's wyvern and a secret unlockable character in Fallen Legion: Sins of an Empire. You can get Osumund to join your party by completing the "Family Ties" level in the Pantheon of the Distant Sea.


Fireproof - Osmund is immune from the burn trait.
Blood Bond - Osmund regenerates health when you cast a spell.

Shocks the foremost enemy with a bolt of energy and has a chance to inflict paralysis.

Channels ancient energy to restore HP and protect allies with a magic shield for 10 seconds. [6-hit]

Osmund conjures an unblockable firestorm that hits all enemies. [7-hit]