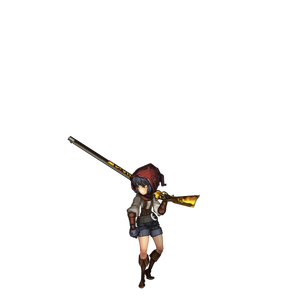 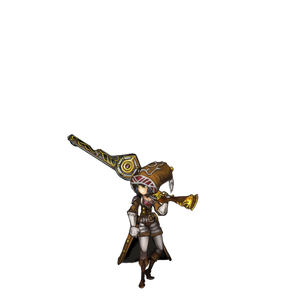 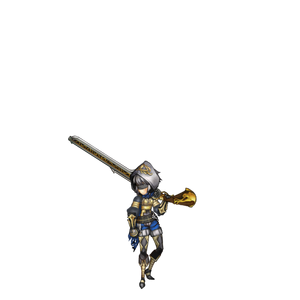 You can find Winchester at these locations:
Fallen Legion: Sins of an Empire - Unlocked during "The Piercing Bullet" in the Bloodstained Halls.
Fallen Legion: Flames of Rebellion - Unlocked from the beginning of the game.

Winchester targets a casting enemy and disrupts their spell, inflicts the target with seal for 10 seconds.

Burns all enemies with a hellfire grenade and inflicts burn for 5 seconds. [6-hit]

A barrage of bullets from Winchester's mystic pistols hits all enemies. [7-hit]

Numbing Shot changes to Swift Shot - Armed with a rapid fire rifle. Link attack startles an enemy.
Deadeye - Critical attack makes allies follow up with a critical attack.
Grenade Launcher - Fires a grenade that hits all enemies after a perfect block.
Frenzy - An ally follows up with a deathblow after Winchester kills an enemy.

Frighten - All enemies are startled after Winchester kills an enemy.
Scorch - Damages foe and inflicts burn after a perfect block.
Rally - Next attack for all allies does 200% damage after a deathblow.